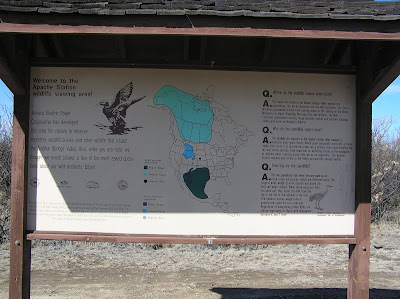 Our first stop was at the Apache Station wildlife viewing area in Sulphur Springs Valley. This is a place to observe migratory sandhill cranes and other wildlife. 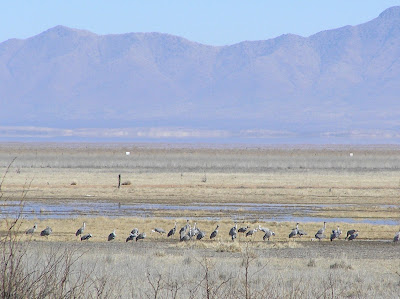 The sandhill cranes migrate here in winter to feed on the waste grain from the harvested fields. The shallow water and grassy area provide them with places to nest. 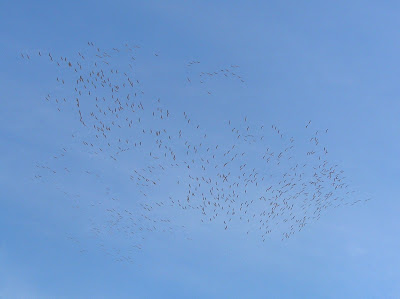 I hope you can see this in the picture. This is a flock of sandhill cranes--hundreds of them. 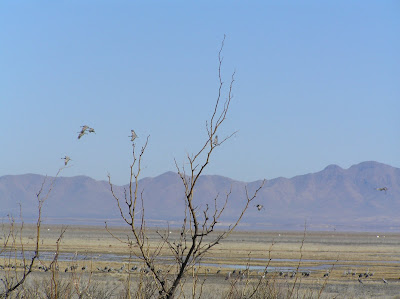 Here are some of the cranes coming in for a landing. I have never seen so many sandhill cranes. This is a nicely maintained area with a raised viewing area and binoculars for closer viewing. 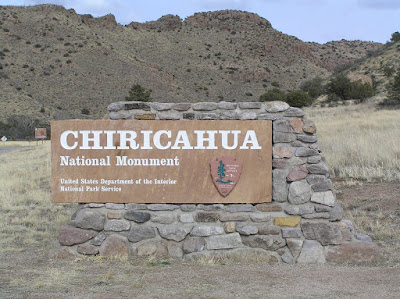 Then we were off to the high light of the day. Chiricahua National Monument. The monument is the mountain range itself. This was so beautiful I had a hard time deciding which pictures to use, I took so many. This range was formed by volcanic rockbed and over the years erosion has created columns, pinnacles, and balanced rocks. The top is at 6870 ft. so there was some snow to contribute to the beauty. 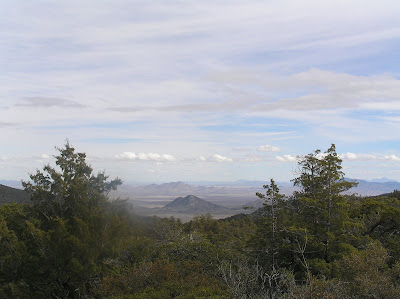 This picture amazed me. I think it looks like a painting but it shows the Dragoon Mountains in the background and the valley where we had seen the sandhill cranes. Just look at that beautiful sky. 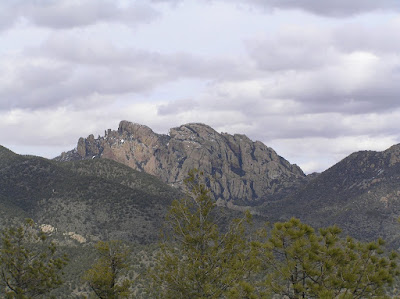 This mountain is supposed to look like Cochise's face profile as if he were lying down. Cohise was a famous Chiricahua Apache chief who died in 1874 and is reportedly buried in the Dragoon Mountain range. However, the burial site has never been found. 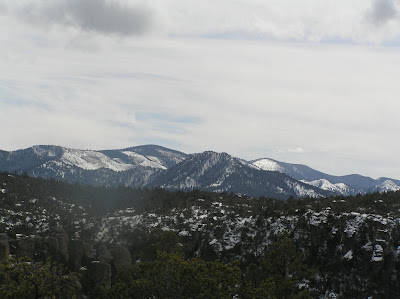 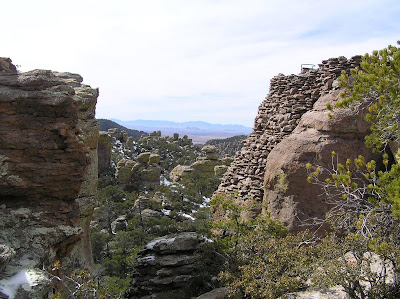 I took several of these pictures when we got out of the car and walked on a small path out to the Balanced Rock. Some of the pathways were closed due to ice on the walkways. The day we were there it was 50 degrees and no wind so it actually felt warm in the sun. 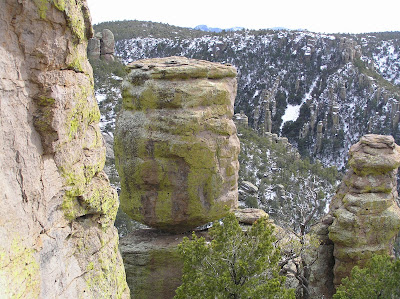 This is called Balanced Rock. It looks like it will fall at any time the point it is resting on is so small. 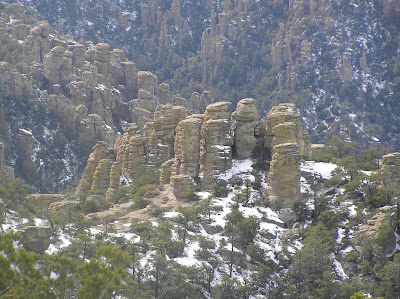 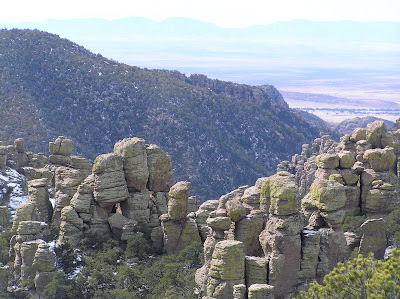 Many of the structures have names and look like animals and other objects--if you use your imagination.
We had a wonderful day of beautiful scenery and returned home to a delicious dinner and and evening of games.