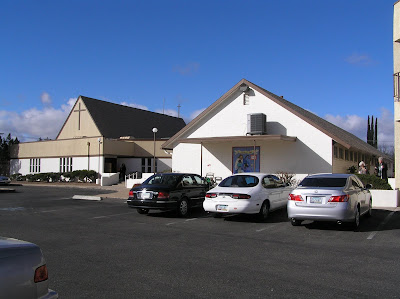 Sunday morning we attended Sierra Lutheran Church in Sierra Vista with Jack & Lucy. They drive one hour to attend this church and now I understand why. We really enjoyed the service and the pastor resited the Gospel lesson and his entire sermon without looking at one note. After the service we went to a nice little restaurant with another couple from the church and had a wonderful-good breakfast. 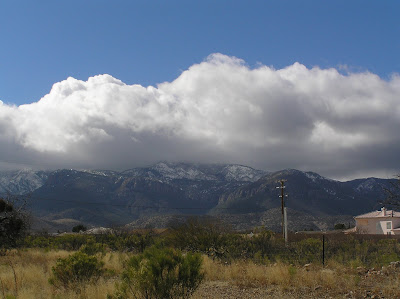 Then we started our drive to the Historic town of Bisbee. This is just many of the beautiful vistas we saw along the way. The drive was long but as we drove along Jack narrated and pointed out points of interest and gave us history of the area. 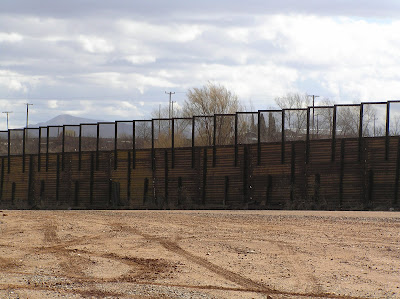 We drove all the way south in Arizona to see the fence that borders Mexico. There are many places in the fence were you can see repaired areas where someone cut through to come into the country illegally. Driving north from the border every vehicle goes through a Border Patrol Check Point. 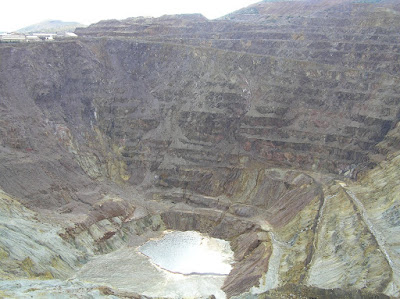 As we entered the town of Bisbee we stopped to take a picture of this old open pit copper mine which is now closed. 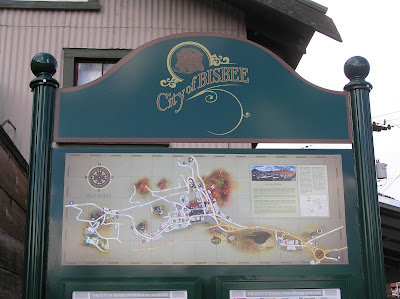 Bisbee is a Historic Town now mostly a tourist area. It was once one of the largest cities between St. Louis and San Francisco in the early 1900's known for it's rich copper mines. From 1877 to 1975 when the last underground mine closed, Bisbee's mountains yeilded more than 8 billion pounds of copper, gold, silver, lead and zinc, making it one of the most productive mining districts in the world. 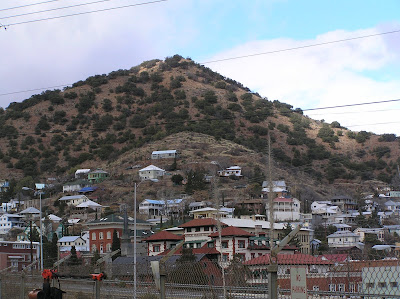 Since Bisbee is a rather mountainous area the town is pretty hilly. Most of the houses are built right on the side of the mountains. The driveways are long, winding and steep. 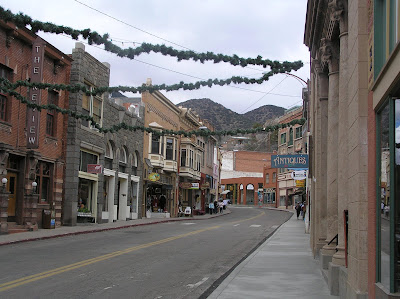 Thoughout the center of town there is a large shopping and dining area. Many of the shops have wonderful period antiques. We purchased a jar of honey made from cactus flowers. Note the mountains in the top of the picture. Even in the towns you can see mountains in the back ground. 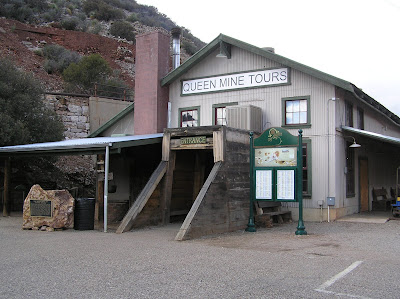 Harry and I took the Queen Mine Tour. This is an old copper mine that has since closed in 1975 but is used for tours. 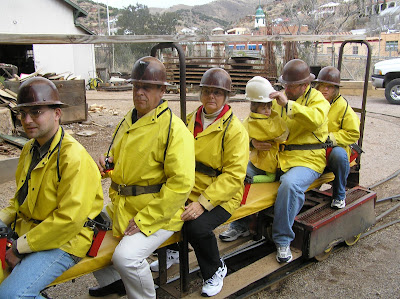 Here we are all dressed up and ready to go into the mine shaft. The "tour train" runs on the old tracks into the mine that were used by the miners. It goes about 1/3 of a mile into the mine with several stops and then comes back out with the back now being the front. 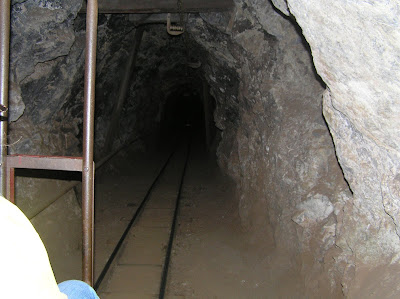 This is how it looks going into the mine shaft. There is about one and one-half foot of space around you most of the way in. I would not recommend this for anyone who has clostrophobia. It is pitch dark and that is why every person is given a battery operated light on a long cord that hangs around your neck. We also wore a very attractive hard hat and rubber jacket. The average temperature in the mine is 47 degrees. 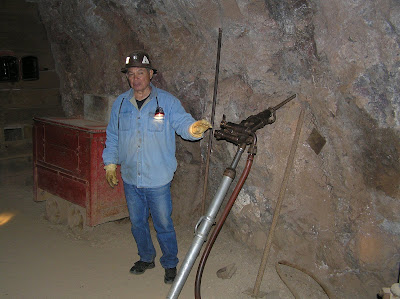 This is our tour guide. He worked in this mine for many years till it closed. He was so knowledgeable. Here he is explaining one of the pieces of equipment that was used for drilling in the walls of the mine. 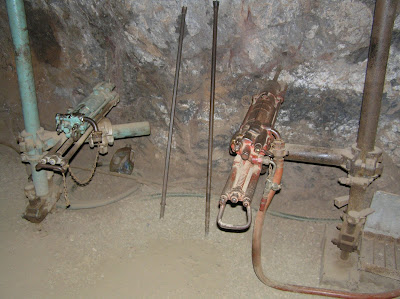 More drilling equipment. The walls were drilled with small holes to about 5 feet. Then the holes were filled with dynamite in a very specific manor. After the fuses were lite the men had 8 minutes to get around the corner to a safe area till the dust settled from the blast. 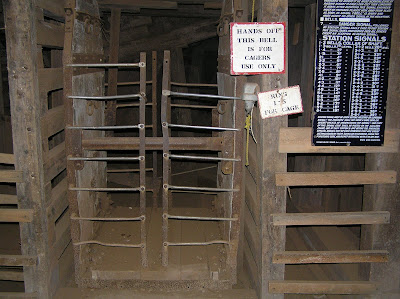 This is an elevator shaft used to take the men from one level to another. There were a total of 39 levels and the elevator was pulled by hand. A bell was wrong to signify what level to stop at with each level having it's own number of rings. Once the men entered the mine at starting time they did not exit till quiting time. A work day being 10 hours. They were given 1/2 hour for lunch and no other breaks. An average salary was $2.75 per day. Most of the workers lived in housing owned by the mines and bought groceries at stores also owned by the mines. That ment that most of their wages went right back to the owners of the mine that they worked for. I found that amazing. In all the years the mine operated there was only 10 deaths. 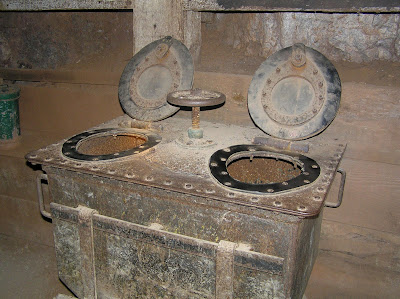 Being stuck down in the mine for 10 hours the men needed a way to go to the bathroom. This is the "porta-potty". The worker who emptied this container actually made more than the other workers! I learned all I will ever need to know about copper mining on this tour--most of which I have already forgotten. It was very informative and interesting and despite having "hat hair" when we were finished I was really glad we did this tour.

Then it was time to drive home--arriving just in time to watch most of the Super Bowl and have dinner. After dinner and the game we played several rounds for Pegs and Jokers. Most of which the men won. It was a wonderful day with old friends.