Two weeks ago my sister Janet and her husband Tom visited for several days from Florida. One day Janet, Tom, Harry, and my cousin’s husband Glen went to play golf. My cousin Cindy and myself decided that we wanted to join the fun so we went along and drove the golf carts. 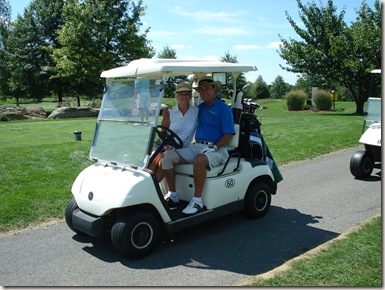 Tom and my sister Janet in their cart. 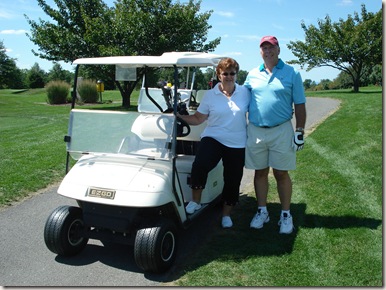 My cousin Cindy and her husband Glen. 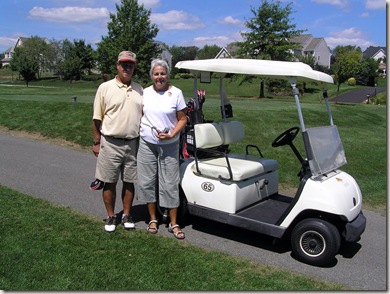 Harry and I at our cart.

This is a beautiful course at a Country Club called Golden Oaks.

It was a picture perfect day. Temperature was about 80 degrees with low humidity. Just look at that wonderful blue sky!

Early in August we took our granddaughters---Haley & Mackenzie---to TT Hershey with us for four days.

It was hot and humid so we spent afternoons at the pool. Mackenzie (left) will be 5 years old in September. Haley (right) is 7 years old and will start 2nd grade this year. 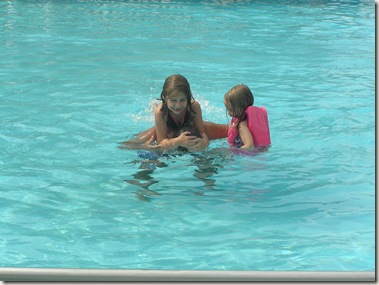 They had lots of fun playing with Pop-Pop and dunking him in the water. 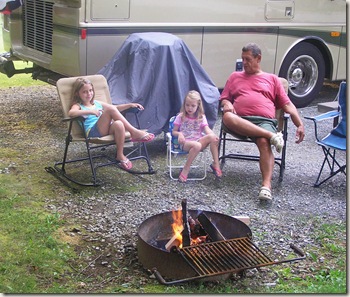 Even though it was hot we had to have a fire…….

Wednesday we drove to Penn’s Cave. We had never bin there ourselves and always wanted to see what it was like.

First we took the Wildlife Safari on a school bus with the windows cut out. The bus makes a loop through the property viewing lots of different animals.

Next it was the Cave Tour. This is the entrance where you board the boats that go through the cave. The cave is a year round temperature of 52 degrees---which felt really good since the outside was 95 degrees that day. We did wear a sweat shirt on the tour that lasts about one hour. 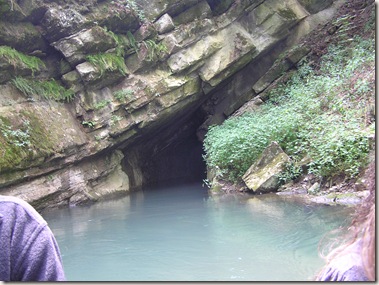 The boat comes out the other side of the cave, turns around, and goes back through. 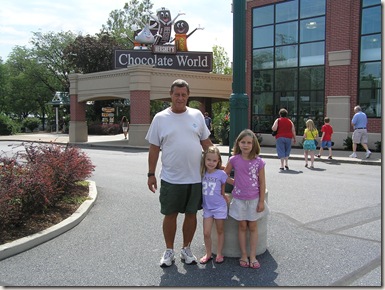 Of course you can’t go to Hershey without making a trip to Chocolate World.  So one morning we drove over and took the “ride” through the factory—2 times.  I think they like the free candy after getting off the ride the best!

We had a great time with Haley and Mackenzie. We returned them home on the fourth day----went back to the camper----and rested.

Last week while Harry was mowing, the lawnmower broke. It was used pretty hard over the past 10 years on our steep grade and rough terrain so he decided it was time for a new mower. After much deliberation he decided on an upgrade from a lawn tractor to a heavier zero-turn machine.

Here is Harry getting a lesson on how to use the mower. He had never used a zero-turn and was hesitant at first. They handle very different than a regular tractor. Nate was so patient with him.

After several times around the yard he was feeling much more comfortable. Now—if we ever get rain so the grass grows again—he can cut his mowing time to much less than before.