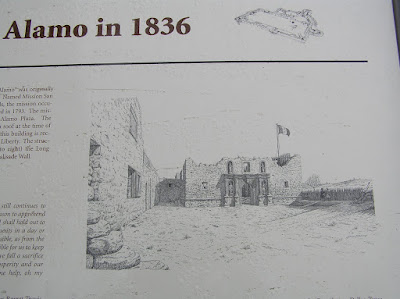 Harry was very interested in seeing the Alamo. It happened to be across the street from the visitor center so we started our touring there. We first saw the film "Alamo...The Price of Freedom" at the IMax theatre. It was a 45 min. film depicting the 13 day seige in 1836 between the Mexicans and the Texans at the Alamo. Very informative and helped us understand what the Alamo was all about. Over 200 men were killed there, including David Crockett, Jim Bowie and the commanding leader William Travis. The Mexican army out numbered them by about 2,000 men thus resulting in the Mexicans overtaking the Alamo. The battle was very important in the fight for Texas Independence. 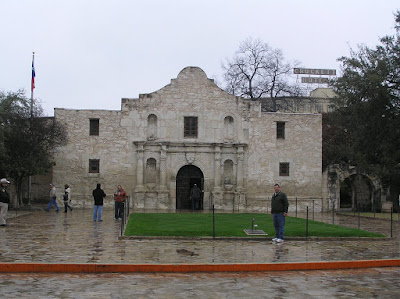 Several months later Sam Houston and his army defeated the Mexicans
allowing Texas freedom from Mexican
rule.
The building to the right is part of the original Alamo where many of the men died. There are also rooms where the women and children hid. It is now the Shrine honoring the men who fell in defense of the Alamo. Many of the old stone walls have been rebuilt. 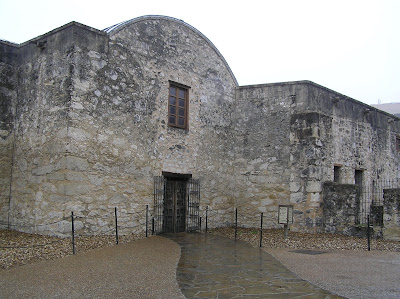