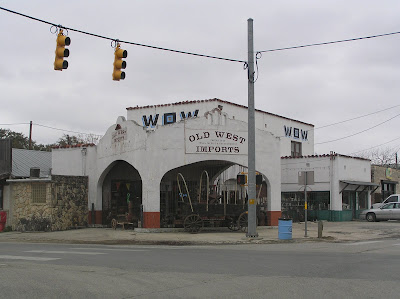 Tuesday morning was again cold, damp and cloudy. We wanted to see more of the area and since it was not nice to be outside we decided to take a scenic drive through the area west of San Antonio. We followed the map describing the "Hill Country Trail". It was a very nice drive through hills and valleys with many streams. The terrain 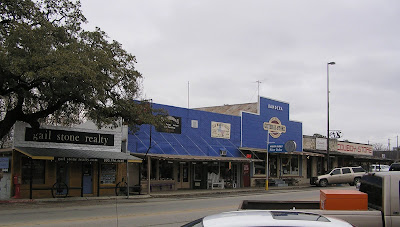 changed numerous times from rocky, barren areas to open fields with trees and cactus. We passed many large ranches with cattle and goats---lots of goats. Not sure what the goats are raised for but there seemed to be more than cattle.
The drive took us through Bandera the "Cowboy Capital of The World".
We stopped for lunch in Medina which is a very small town about one block long. The cafe was such a cute little place and almost full. Harry had a very large piece of brisket with potato salad, beans, bread and tea for $9 and I had a smoked sausage wrap. All was very good and the waitress was very friendly. When I asked if they had a restroom she pointed and said "outside on the side". We laughed when we realized it was a porta-potty!
As we drove after lunch the sun actually peaked out once in awhile. Total miles we drove was about 120 so we were glad to be home late in the afternoon. 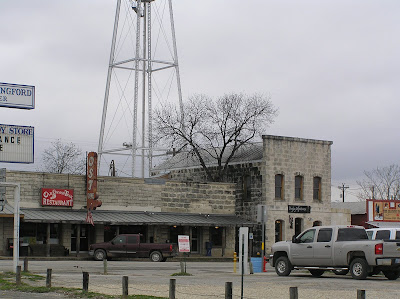 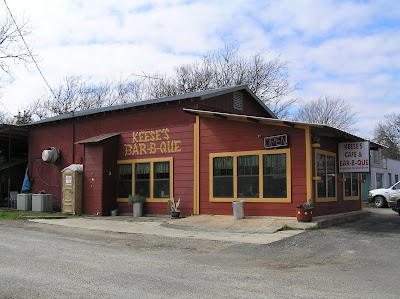 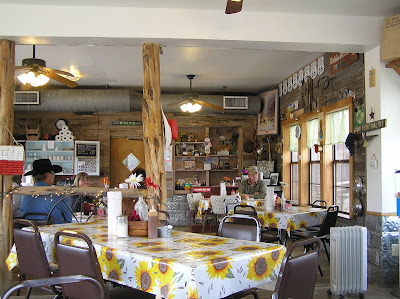 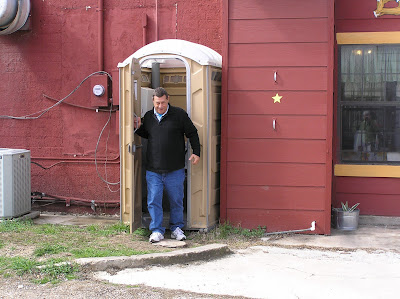 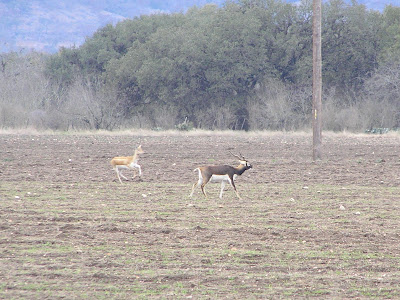 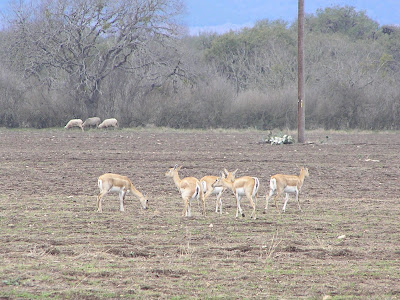 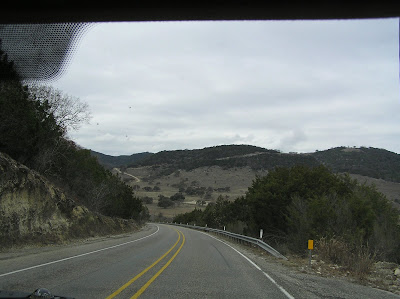