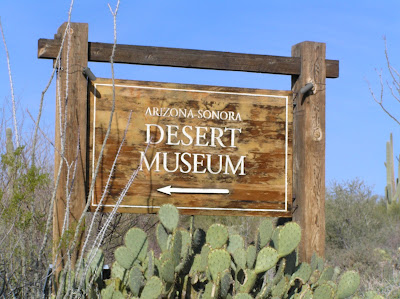 Friday we visited the Sonora Desert Museum. We spent the better part of the day there as there is so much to see and learn. Within the Museum grounds there are more than 300 animal species and 1,200 kinds of plants native to the Sonora Desert region. There are almost two miles of paths over 21 acres of desert land. 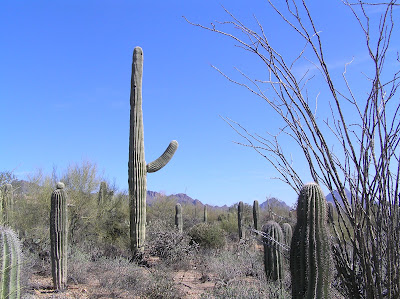 Saguaro cactus--the largest cactus grown in the desert and only grows in this area. They are so slow growing that they are about 70 years old before they get any arms. No two are alike and they come in all shapes and sizes. 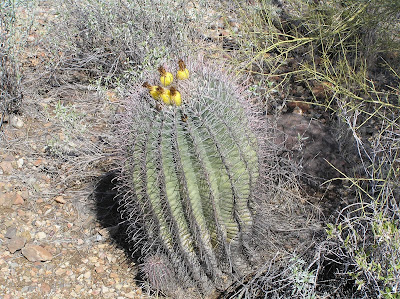 Barrel cactus with flower blossoms which will open in late April. They only flower for about 24 hours and then it is over. Everyone is saying that the desert this spring will be beautiful because they had had so much rain. 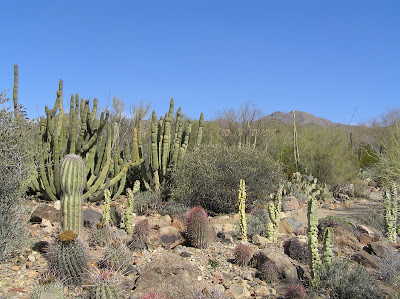 Some examples of Saguaro, Barrel and other cactus. 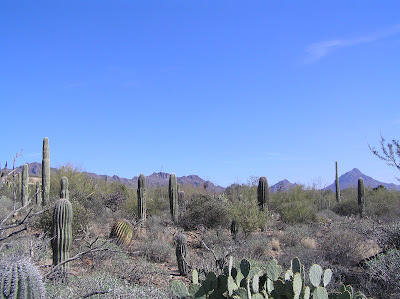 In the front of the picture is a Prickley Pear cactus. The scenery was so beautiful everywhere you looked with the mountains in the background against the blue sky. 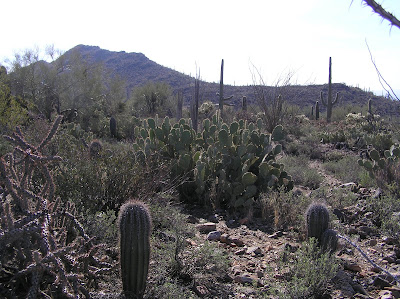 Another Prickley Pear cactus and small Saguaros, among many other kinds of which I don't remember the names. 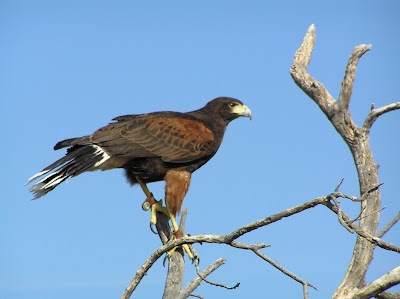 Two times a day there is a program called raptor free flight. Several handlers stand throughout an area and different raptors are released to fly over the crowds heads. The narrator tells about the birds as they fly about--almost as if they are performing for the audience. This is a Harris Hawk. 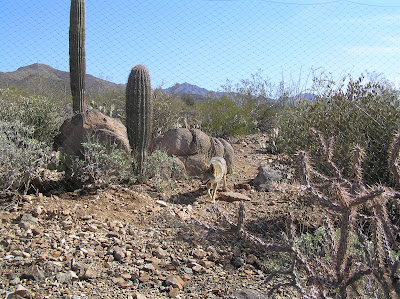 This is a coyote--of course in a pen but still in it's natural habitat. 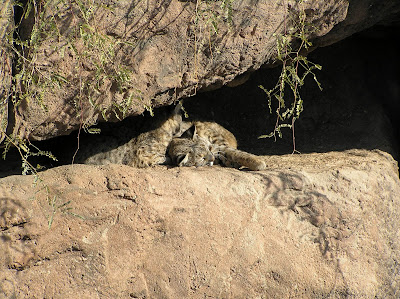 Two bobcats sleeping in the sun in their den area. We actually saw one in the wild at the Medina Lake Campground in Texas.
This was a great learning experience for us since we were never to the desert before.