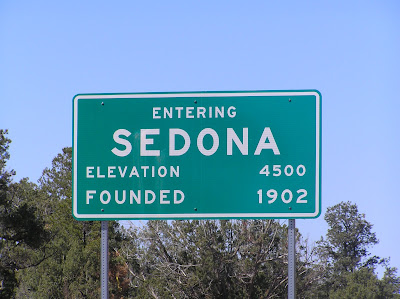 Thursday morning the sun was shining brightly and the temperature was to go to 65 degrees. We decided it would be a good day to see Sedona Red Rock Country. The ride up to Sedona was beautiful but it paled in comparison to what we would see later that day. First we stopped at the Information center and picked up a map. 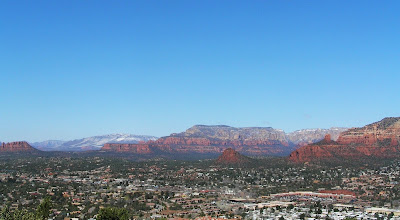 Our next stop was at the top of Airport Road--6oo ft. up. This is how it looked up at the top overlooking the town of Sedona and colorful mountains all around. 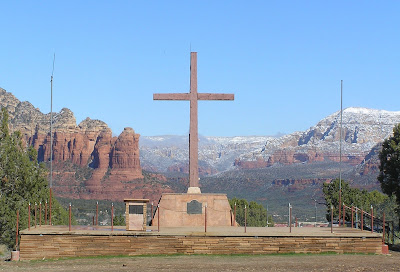 This is the Shrine of The Red Rocks dedicated Easter Sunrise 1961 by the Masons of Verde Valley and Senator Barry Goldwater. 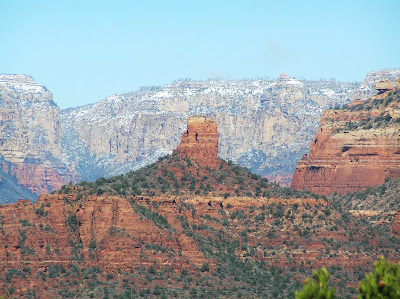 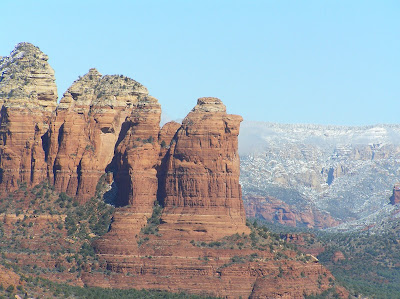 Coffee Pot Rock. This looks like the old percolator type. See the spout to the right and the curved handle. Many of the rocks have names that they look like but some you really need to use your imagination. 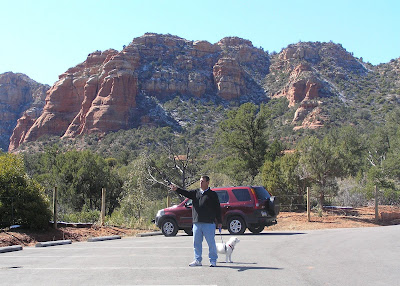 Here are Harry and Kate at on of the pull-outs. Looks like Harry saw something he wants me to see. The colors of the mountains were magnificent but the pictures do not show it as well. 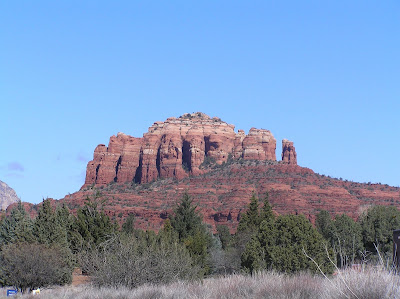 I believe this is Cathedral Rock. One of the most photographed spots in the country 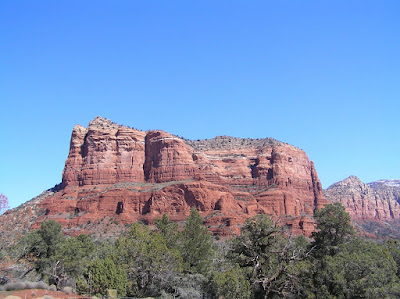 This is called Courthouse Butte. Do you think it looks like a courthouse. 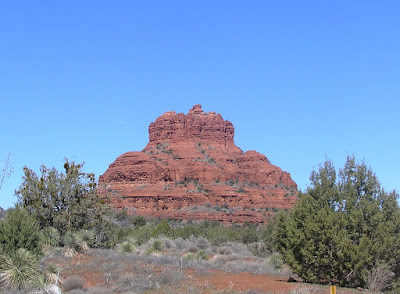 Bell Rock. We got out and walked the Bell Rock Pathway for a short time to stretch. There are many paths and hiking trails to walk in the Sedona area. 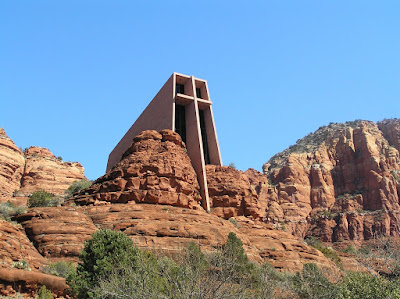 This is Chapel of The Holy Cross built into the side of the mountain in 1956. Here we parked and walked up to the chapel. It was quite a steep ramp to get up there. Inside was a simple chapel where they still have Catholic Services. 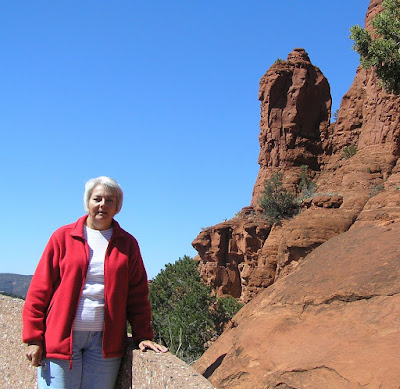 Here I am at the top standing beside Eagle Rock. This is one that needs some imagination. 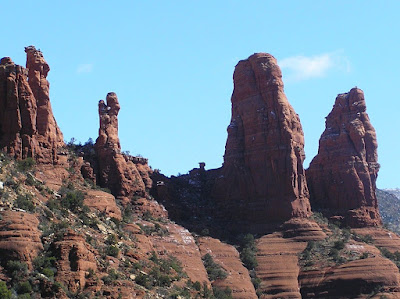 This is really cute but you have to look hard. Right in the middle of the picture is a small rock that looks like a little boy with a cap on. In person it really does look like a little boy fishing. We saw some amazingly beautiful sights.