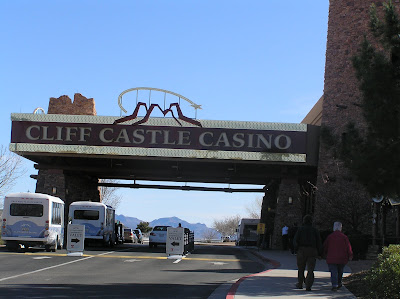 Friday morning we spent playing several hours playing pickleball. Larry said he was hungry for a good hamburger so we decided to do lunch at Johnny Rockets Restaurant inside the Cliff Castle Casino. Johnny Rockets is a 50's style dinner with an all-American menu. Burgers and fries are a specialty and of course old fashion milkshakes and malts. 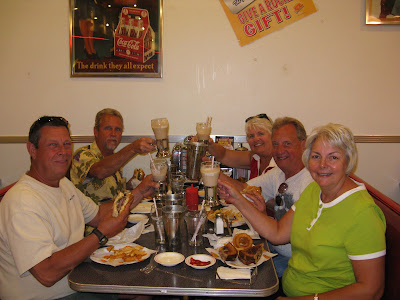 Harry opted for onion rings instead of fries and we split them both. The onion rings were really good and the milkshake reminded me of the ones we got at the Woolworth's soda fountain when I was little. It was a great meal. We thanked Larry for wanting a burger and suggesting this place. 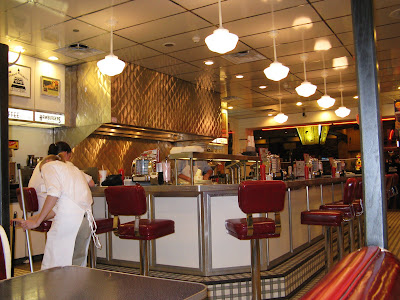 The inside was so cute---all red and black with stainless steal. The walls were decorated with old posters and pictures. 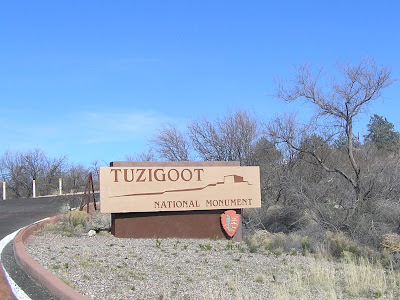 After our lunch we headed to Tuzigoot National Monument. Tuzigoot (Apache for "crooked water") is the remains of a Southern Sinagua village built between 1125 and 1400. 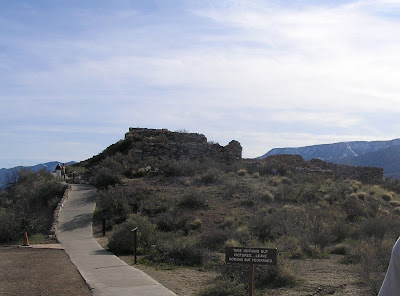 Tuzigoot sits on the top of a long ridge that rises 120 ft. above the Verde Valley. 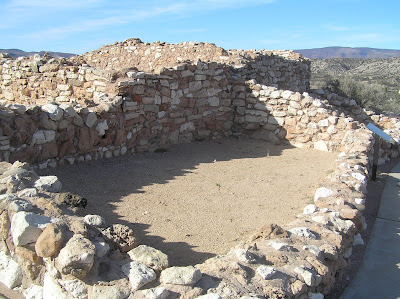 This is a typical room. The original pueblo was two stories high in places, with 77 ground floor rooms. 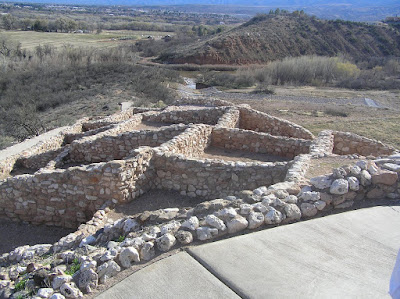 This looks over several of the rooms. The village began as a small cluster of rooms inhabited by about 50 people for about 100 years. In the 1200s the population doubled and then doubled again as farmers, fleeing drought in outlying areas, settled here. 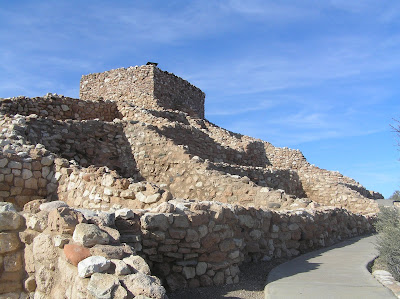 This again is a look at several of the rooms. The village had few exterior doors. Entry was made by climbing ladders through openings in the roofs. Most of the roofs are gone now with just several feet of walls left. 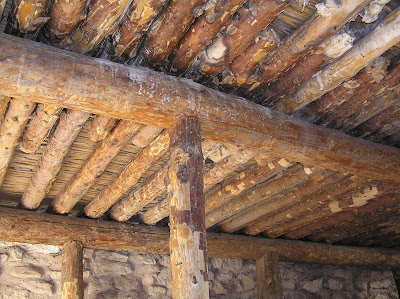 This is a ceiling in the only full room that is left. The roofs were made of Sycamore and Pine, covered with Willow branches and sealed with mud. 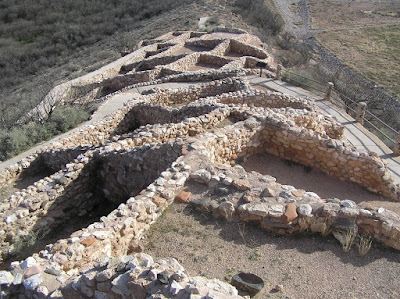 This picture overlooks several of the room areas. Hard to tell by the picture but there are several separate rooms. It is thought that small groups or families lived in different areas. By 1400s the Southern Sinagua abandoned their pueblos and no one knows exactly why. It is thought it may have been due to over-population, disease, depletion of resources, or some conflict within and between the groups. There are no longer any know Sinagua decendents.