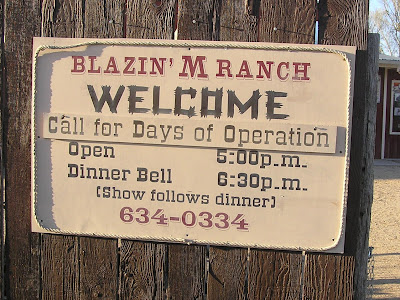 Friday night Harry and me and Larry got tickets for the Blazin' M Ranch. This is a cowboy dinner followed by a cowboy show. 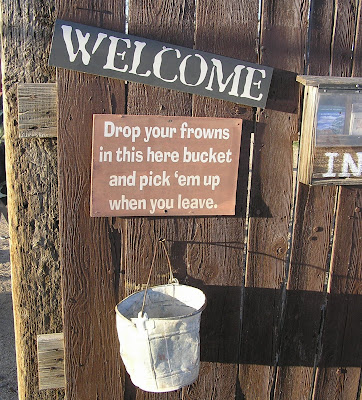 As we entered this sign was posted at the entrance and I really liked it. They really want you to have a good time. 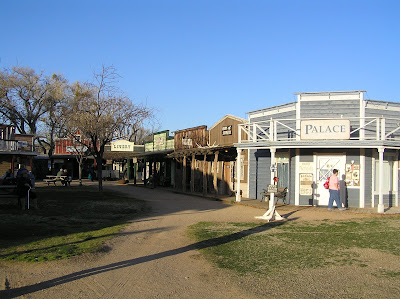 Inside the fence it is set up like a little western town. Of course they are shops were they want you to roam and spend your money before the dinner starts. 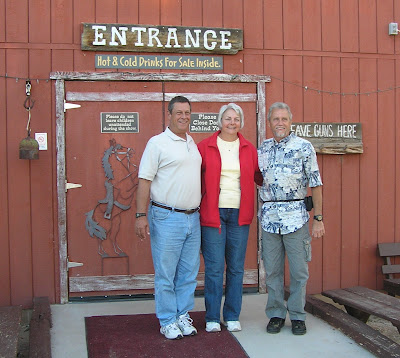 The three of us at the entrance to the dinner and show building. We happened to run into a fellow Pickleball player--Howard-- and his wife. They were our photographers, and vice-versa. 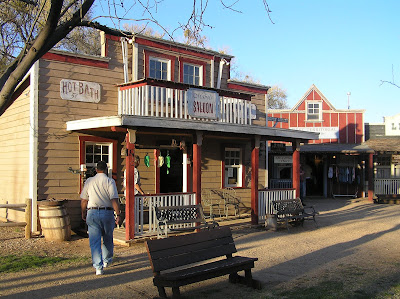 This is Mabel's Saloon. Note that baths are only 5 cents. Bet you don't get much soap and water for that. 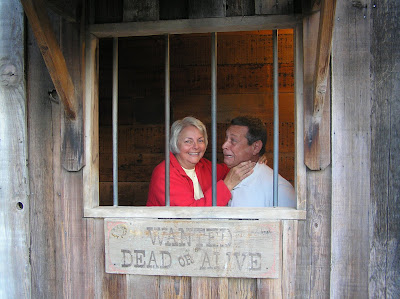 This is the old jail--open to the public. Harry said I enjoyed this just a little too much! 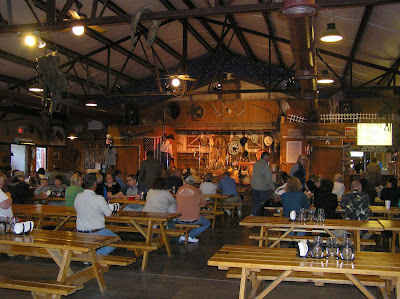 After we walked around the grounds it was time to go inside for dinner. The dinner bell rings at 6:30 PM. Tables were assigned when tickets were bought. When the dinner bell rings the tables--one at a time--get a plate and go through the serving line. 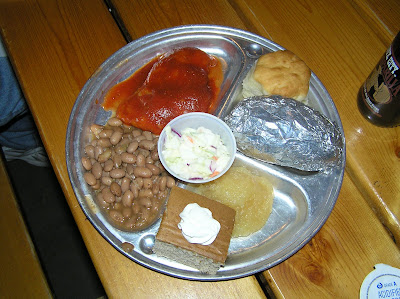 And this is how your plate looks when you come out the other side of the line. Dinner included: chose of roast beef or chicken, baked potato, pinto beans, applesauce, cole slaw, biscuit, spice cake, coffee, iced tea or lemonade. 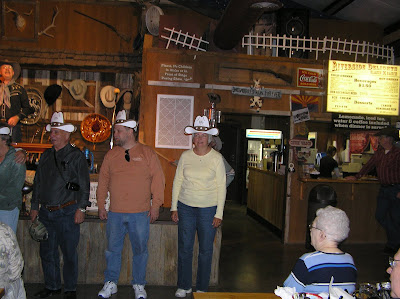 After dinner they called everyone up who was celebrating a birthday or anniversary. Since my birthday is next week Harry made me get up to be included. We had to wear these attractive hats and then we were sung to. 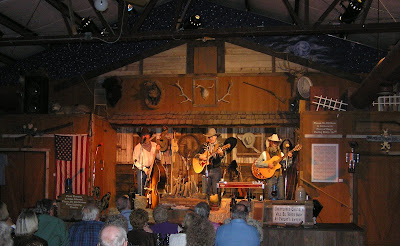 The show was three cowboys and one clown and they all played several instruments and sang. There was a variety of music and comedy and lasted about an hour. 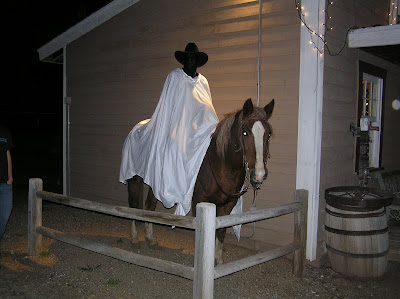 The last song was Ghost Riders. As the lights went dim some lights outside the window started flashing and the "ghost riders" road past. Pretty neat. After the show the rider was out side for pictures. It was an enjoyable evening.