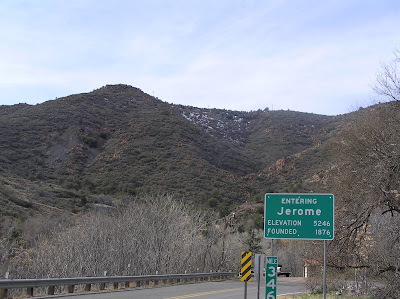 Tuesday morning we set out to do some sight seeing. We headed to Jerome--an old "ghost town". Founded in 1876 and by 1929 it was the third largest city in Arizona. As you drive toward Jerome the road goes up and up and up. It was built on the steep slope of Cleopatra Hill on the side of Mingus Mountain. 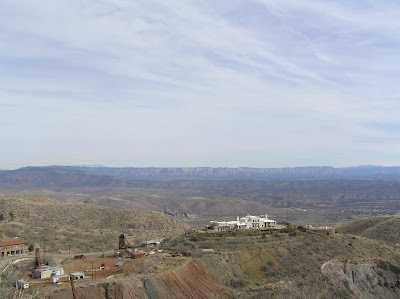 Jerome was a billion dollar mining town producing copper, gold, silver, and other ores. The colored area in the lower area of the picture is an open pit mine called Little Daisy Mine. I cut most of it off. The mines closed in the early 1950's and the population dwindled to 50 residents. The white building is the Douglass Mansion and was the residence of the mine's owner. It is now part of the Jerome State Historic Park and is closed for renovations so we were not able to go down to it. 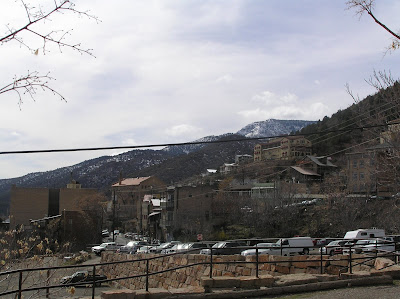 This is how the town sits on a hill. Many of the buildings look like they are coming right out of the mountain. 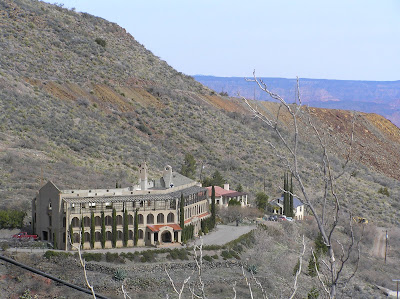 This is the former Little Daisy Hotel. It was a popular place for the miners to stay during the boom time of copper mining. It is now a private residence. 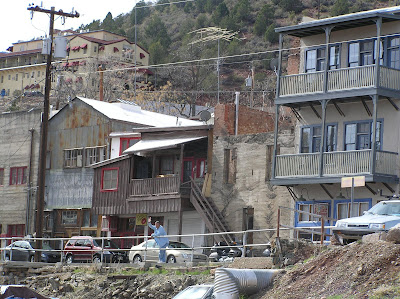 These are some of the old buildings on the side of the hill. Many of the old buildings are now shops, restaurants, art galleries, etc. that attract tourists year round. The town is said to be haunted and there are several "haunted tours". That is Harry waving in the middle of the picture. 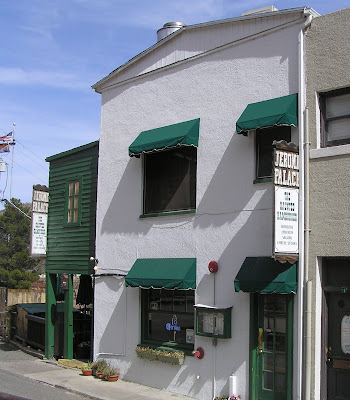 After walking all those steep hills exploring the town we went for lunch. This restaurant was recommended by a friend because they had great burgers and you can sit and look out at the beautiful scenery while eating. It is called the Haunted Burger. When the building was under renovations it was reported that three hammers were missing and then showed up at strange places. The new owner was asked by the former owner if they had seen any ghosts and told him that they (the ghosts) liked hammers. There were several other strange things also. 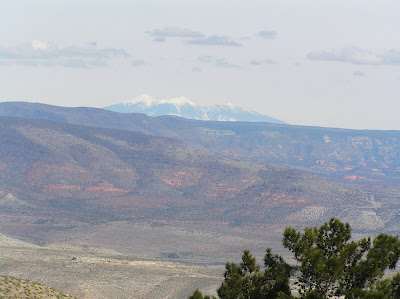 This is one of the views from the restaurant. That snow capped mountain in the background is the tallest mountain in Arizona. And yes---the burgers were good but hard to top by the scenery. Some celebrity visitors to this restaurant include Rachael Ray and the King and Prince of Gorden. 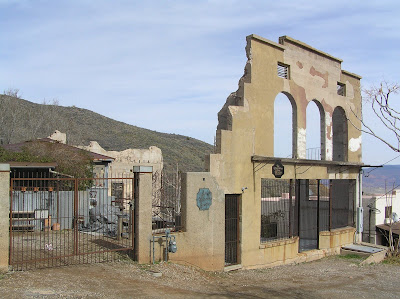 Many of the building were abandoned in the early 1950's and parts are still standing. This is the old glass blowing gallery. This town was reported to be "the wickedest town in the West" by a New York newspaper. Many of the remains of buildings were saloons, gambling halls and houses of prostitution. 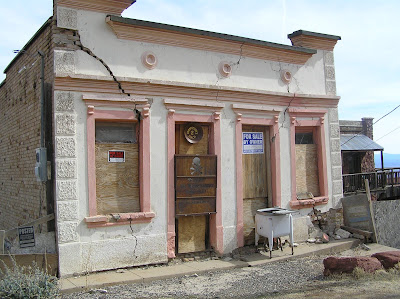 This house really caught my eye. It looked like it was going to slide down the mountain at any time. The old plate on the top of the door says "Prospectors Gulch". 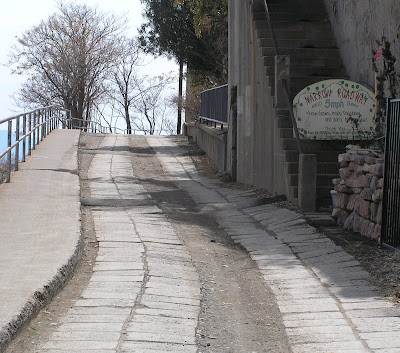 This is one of the narrow driveways up to houses. Note the sign says, "Narrow Road, 5 MPH, Slow Down and Enjoy The View". This town had some amazing views and some really nice shops. The history of this town was very interesting and looking at the old buildings it is easy to imagine what it was like in the old days when this was a booming town. 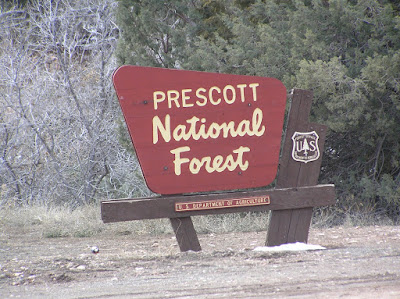 Driving out of the town of Jerome the road continued to climb in elevation. As you drive you enter the Prescott National Forest. The road called Mingus Mountain Scenic Highway climbs to a height of 7023 ft.. The views as the road twists and turns around the side of the mountains was unbelievably beautiful. There were very few pull-offs so it was hard to take pictures but here are a few. 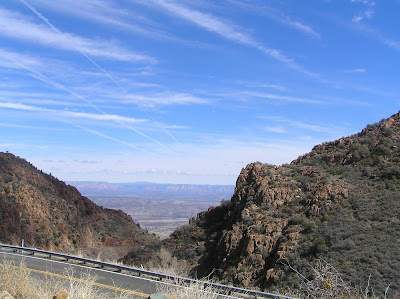 This looks down over one of the valleys. 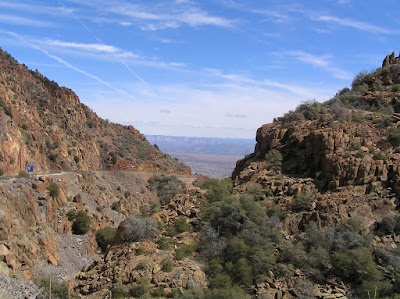 To the left is the road as it climbs up the mountain. 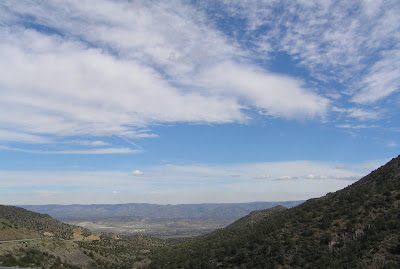 Just another gorgeous view. It was a sunny 70 degree day. Perfect for our touring.