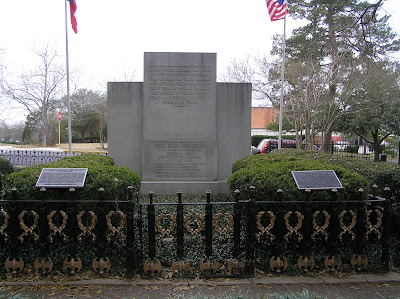 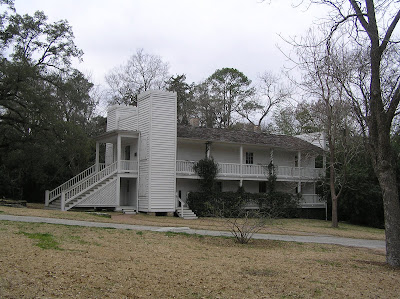 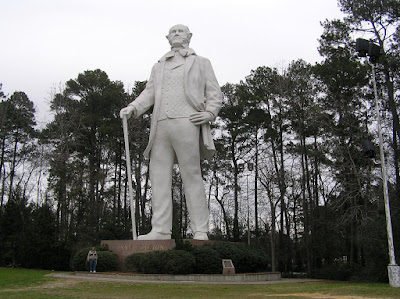 Sam Houston Statue
Today we set out to expore the area. We drove to Huntsville were we visited the Sam Houston Museum and did the driving tour of the area. Sam Houston was a U. S. Senator for Texas and helped make Texas a state, among other important jobs in Texas history. The statue is 67 ft. tall and is the world's tallest statue of an American Hero. The homesite was very interesting and the gravesite is in an old cemetary with most of the grave markers being so old that the dates are not readable any longer. Interestingly the cemetary had a separate area where all negroes were buried. After exploring Huntsville we drove east to Livingston Lake. It is a very large lake but not much to see in the area. It was a cloudy day but at 68 degrees not too bad for site seeing.